What’s the Genocide route all about?

Doing a Genocide run entails killing every possible monster through a specific series of actions. Sparing can NEVER be done on major characters at any point. Using Spare to successfully end a boss fight (or a non-recurring fight, such as Greater Dog) will immediately invalidate a Genocide run. It’s recommended that you never Spare period, though.

Going on a genocide crusade will introduce innumerous changes to Undertale’s plot and gameplay, providing a morbidly unique experience for anyone determined enough to go forward with it.

This guide will cover how to begin a Genocide run and maintain it to the grisly end. This guide will not cover tactics for enemies, help you “make the right choices”, or otherwise dictate your playstyle.

WARNING: The Genocide route is not for players who are new to Undertale. You are strongly discouraged from doing a Genocide run for your first play through. Crucial plot elements and gameplay will be radically altered in ways that won’t make sense without the context that a normal run gives.

After waking up in the Ruins, progress with the game as usual until you reach the room with a Save Point in the leaves. This area allows the player to have random encounters with monsters.

Continue grinding encounters in this area until you get the encounter below: 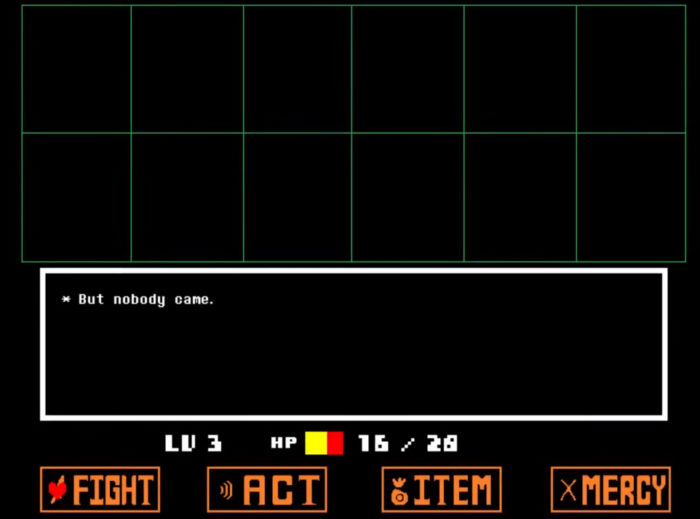 By getting this encounter, you have initiated the Genocide route. You are now free to continue through the Ruins, murder Toriel in cold blood, and continue onto the rest of the underground.

Persevering in Your Murderous Rampage

Although you’ve probably already noticed quite a few changes, the real fun of Genocide mode begins in Snowdin. Don’t let yourself get off track, though; you will need to repeat the grinding process in every major area. That means you need to get the “But nobody came” message in Snowdin, Waterfall, and Hotland. Failing to do this will invalidate a Genocide run.

It’s strongly recommended that you grind random encounters ASAP after entering a new area, as your Genocide run will be rendered null if you venture too far ahead without exhausting that area of random encounters. 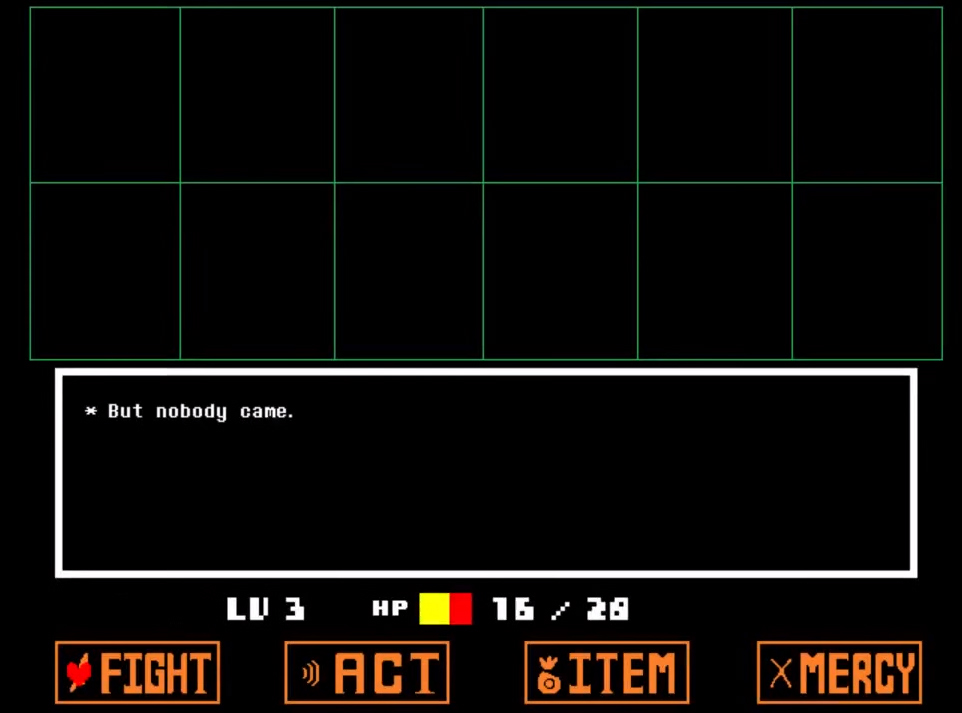 Article Name
Undertale Genocide Guide
Description
The Undertale Genocide guide is not for players who are new to the game. You are strongly discouraged from doing a Genocide run for your first playthrough.
Author
Noob Gamer