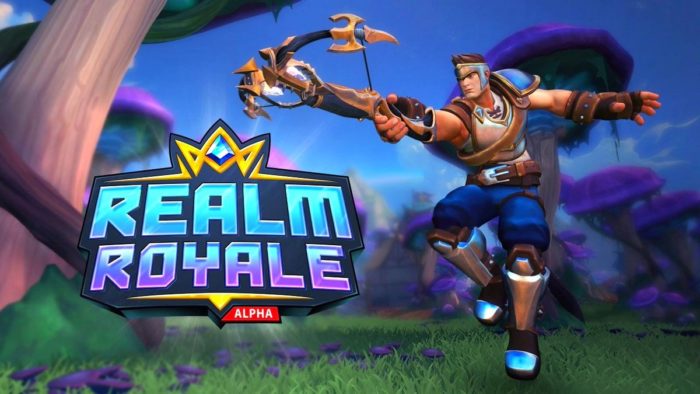 Realm Royale is the first class-base battle royale shooter and in this guide, you’ll learn everything from basic up to how to be good at it. As a group of four, you’ll enter the vast and beautiful realm to be the last group standing.

Realm royale features five classes. Each of which have their own unique perks and abilities. Once the game begins, you’ll enter the Zeppelin and skydive into the realm.

As you explore the world, you’ll find weapons, armor, and abilities inside of chests around the map. These items will offer your character a number of offensive and defensive advantages as you battle other players.

When you find items that you don’t want to use, disenchant them for shards. Shards can be used at forges found around the map to craft legendary gear. The forge can be used to create weapons and abilities that you won’t be able to find anywhere else in the game.

Other groups will also be competing to be the final team standing at the end of a match. Should your health drop to zero, you will become a chicken with limited mobility. Work with your allies for protection and survive for 30 seconds and you’ll back into the action.

Players are not the only threat you face when in the realm. Be mindful of the deadly fog the closes in around the map. Should you get caught in the fog, you’ll take damage over time.

You now know the basics of the Realm Royale. Work with your team to defeat the dozens of other teams within a game and become the champion of the realm.

As of now, Realm Royale is only availabe on PC. There are rumors about PS4 and Xbox One and other consoles, but right now, it is only available on PC.

This game features five different classes. Each have their own unique abilities that gives you an edge on each situation. This is what separates this game from other battle royale games.

There are 36 types of weapons that can be used in Realm Royale. While 12 types of armors with different performance and effect.

In this part of the wiki guide, you will know the basic mechanics like shards, preferred classes, builds, etc.