This part of the Realm Royale guide helps you understand the ranks in Realm Royale. You will know the hierarchy of each rank and how to gain higher ranks in the game.

The ranking system works in a way that is based on your best 15 matches and it will place you on a rank.

After you finish the matches, it will start showing the kills of the best 15 matches you have.

The rank system is relatively new so I would suggest to don’t worry about it for now and don’t give too much attention as you might want to be more familiar with the gameplay and mechanics of the game.

The tiers are divided into 7 and each tier have 5 divisions in order to climb into the next tier. For example, if you’re calibrated as Bronze 1, you need to climb until Bronze 1 (Division 5) in order to advance to Silver tier.

The list below shows the hierarchy of rank tier: 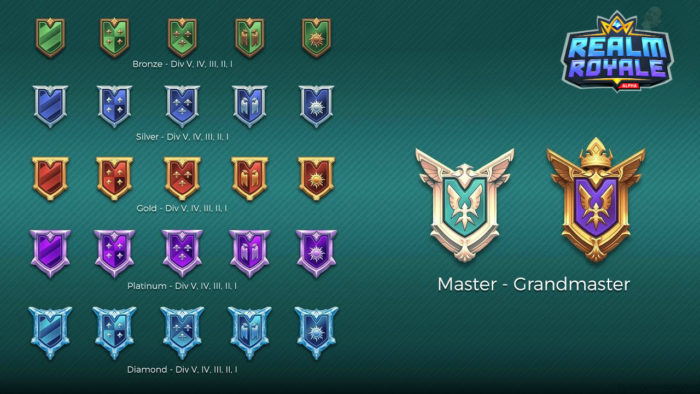 As of now there’s no proof that someone reached the master or even the grandmaster rank.